Still Waters Wellness services were an integral component to a GDR program that needed to reduce the number of residents receiving anti-psychotic medications by over 20%. (As part of their goal to be in compliance with the CMS National Partnership to Improve Dementia Care, April 2014, Ref: 14-19-NH).

Our services brought greater levels of relaxation to those in the GDR program by retraining their parasympathetic nervous systems to respond with more calm and less agitation. The residents who were cognitively aware were able to learn some simple self-care tools to use when needed to address their own stress in the moment.

Case study: Mr. Parker, a resident with advanced stages of dementia, would continually scream out about his wallet missing, all day and sometimes through the night. During these episodes, he was in stark terror. In an effort to reassure Mr. Parker about the safety of his wallet, the facility made sure that he had several wallets available to him. This did not seem to reduce his outcries.

The facility put him on 24-hour one-on-one observation to see if they could determine what was triggering his outcries. After a week of observation, they couldn’t determine that there was any external trigger that was precipitating the outcry. And he was still experiencing stark, sudden terror multiple times a day, always centered around his wallet being stolen.

The family happened to mention that Mr. Parker had been mugged at gun-point many, many years ago and had his wallet stolen. This was the key piece of information! As people age, the limbic system’s ability to keep memories of traumatic events at bay seems to diminish. AND at this stage of dementia, Mr. Parker’s brain was fixated on this event.

Using the very simple Emotional Freedom Technique for about 10 minutes, helped his “fight or flight” center in his brain to resolve this recurring flashback, bringing him to sense of peace.

He has not cried out for his wallet since then.

Falls can be devastating. In addition to potentially fatal physical injuries, a fall can be a traumatic event that reduces a resident’s mental/emotional confidence to maintain existing levels of independence and participation in ADLs, even after the physical injuries have healed.

Case study: 73-year-old woman was admitted to a long-term care facility as the result of a fall in which she sustained an injury to her head. The injury was not life-threatening and healing with proper medical care. Years later, she continues to experience an intense fear of falling, so she has confined herself to a wheelchair as a safety precaution. She was starting to participate in therapy to strengthen her lower extremities and to start standing, again.

Just as she is starting to make progress in therapy, she witnesses a very traumatic fall of another resident. This reactivated the trauma of her own fall from years ago and she stopped making progress in therapy - no longer able to stand and experiencing anxiety attacks at the thought of standing.

A combination of Bowenwork and Rapid Eye Technology (administered right there in the therapy gym) relieved the anxiety so that she could stand with confidence and improved her balance, which additionally increased her confidence.

She is now transferring to and from her chair with minimal assistance and reports that she no longer fears falling.

Patients receiving Bowenwork prior to, and as soon after, a surgery as possible experience greatly reduced incision healing times, and a decreased level of infection.

Case study: 60-year-old man who had his second below-the-knee amputation. This was of note because he was able compare his experiences. He received Bowen weekly starting about 7 days after his second amputation.

His incision healed in half the time he and his surgeon were expecting and he was up on his new prosthetics months earlier than expected. The administration of Bowenwork during an initial prosthetic fitting instantly supported his body’s ability to balance and adapt to his new legs and feet.

Additionally, as a double amputee, he self-transferred to and from his chair, which put great strain on his shoulders. Regular Bowenwork kept his shoulders in good shape so he was able to maintain a higher level of independence.

Regardless of the myriad of reasons WHY some types of pain can be difficult to manage with pharmaceutics, Still Waters Wellness offers modalities that can often-times bring profound and continual relief. Although we do not make any changes or recommendations to medications of any kind, we find that we can create a synergy within the body that brings relief.

Case Study: 58-year-old male with three separate spinal fusions (one in the cervical region and two in the lumbar region) has experienced consistent and severe levels of under-managed pain in his neck and back for years. Regular Bowenwork, in conjunction with his existing pain management plan, can keep him comfortable and relatively pain-free for weeks at a time.

When he is more comfortable, he sleeps better and participates more actively in the life of his community. 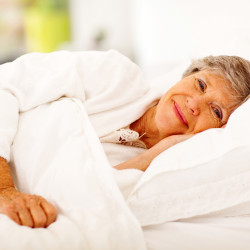 What are People Saying?

We are results-driven in support of you, your staff and your residents